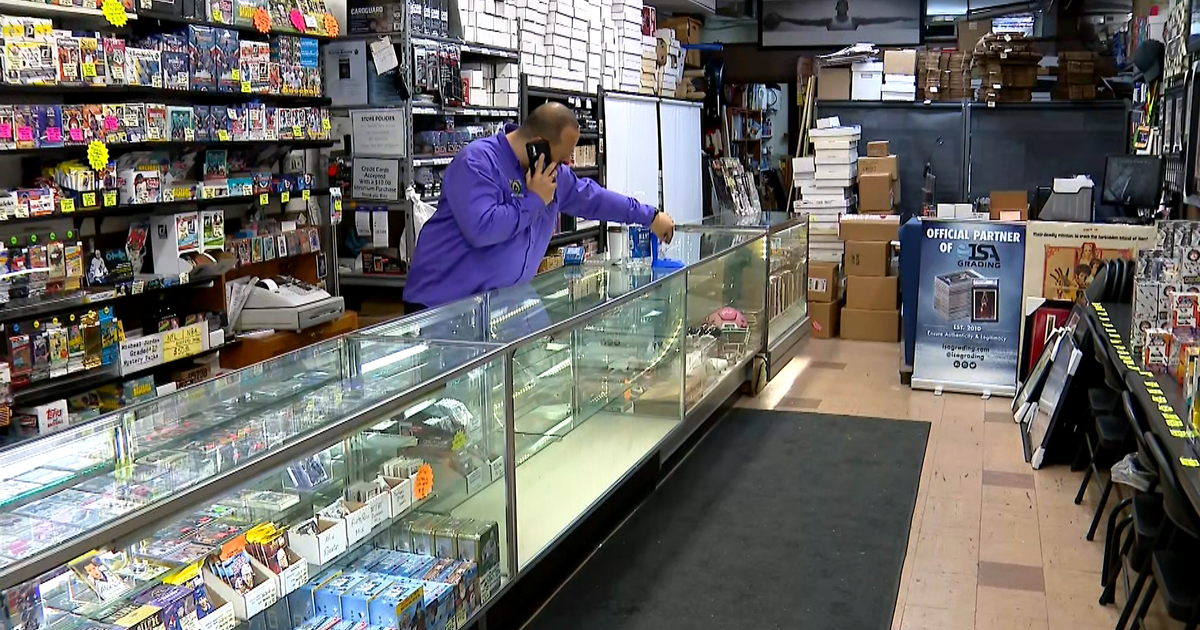 
CHICAGO (CBS) – A small card and souvenir store in the Lincoln Square neighborhood ran out of money after someone broke in and stole some of the store’s most expensive items.

CBS 2’s Charlie De Mar spoke to the owner on Wednesday, who hopes to catch the person who did it.

The owner of Elite Sports Cards & Comics2028 W. Montrose Ave., says the manager knew what he was doing and knew exactly what he was looking for – didn’t waste time inside.

He is now offering a $10,000 reward for information leading to an arrest and conviction.

Rare collectibles cover the shelves of Elite Sports Cards & Comics, which has been in business for about three decades.

“When I saw (objects) on the floor, I automatically knew something was wrong,” owner Ronnie Holloway said.

Early morning surveillance video from last week shows a man rummaging through the now empty storefronts – funneling an estimated $100,000 worth of goods into a bag.

Babe Ruth, Mickey Mantle and Michael Jordan are just a few of the most important stolen sports cards.

For Holloway, that was equivalent to 30 years of collecting

“To see that disappear in three and a half minutes is really difficult,” he said.

And it wasn’t your typical smash-and-grab. The thief entered and exited through a rear window.

He apparently used tools to cut the concrete and remove the metal bars from the window, then stack bricks to climb inside.

“It was well planned,” Holloway said, “he was someone who knew exactly where to go, how to do it, and how fast to do it.”

Holloway believes the store was locked in by a man who was in the store days before the robbery. He had been there before, but unlike previous times, he was wearing a hat and a face mask – in what Holloway says may have been an attempt to hide his identity.

“I wish they would give it back,” Holloway said. “You know, they took a part of me that’s personal. It’s my personal collection.”

The store owner says he has insurance and these rare cards are insured, but he says the insurance company won’t cover what was taken.

Charlie De Mar is an Emmy Award-winning reporter for CBS2.