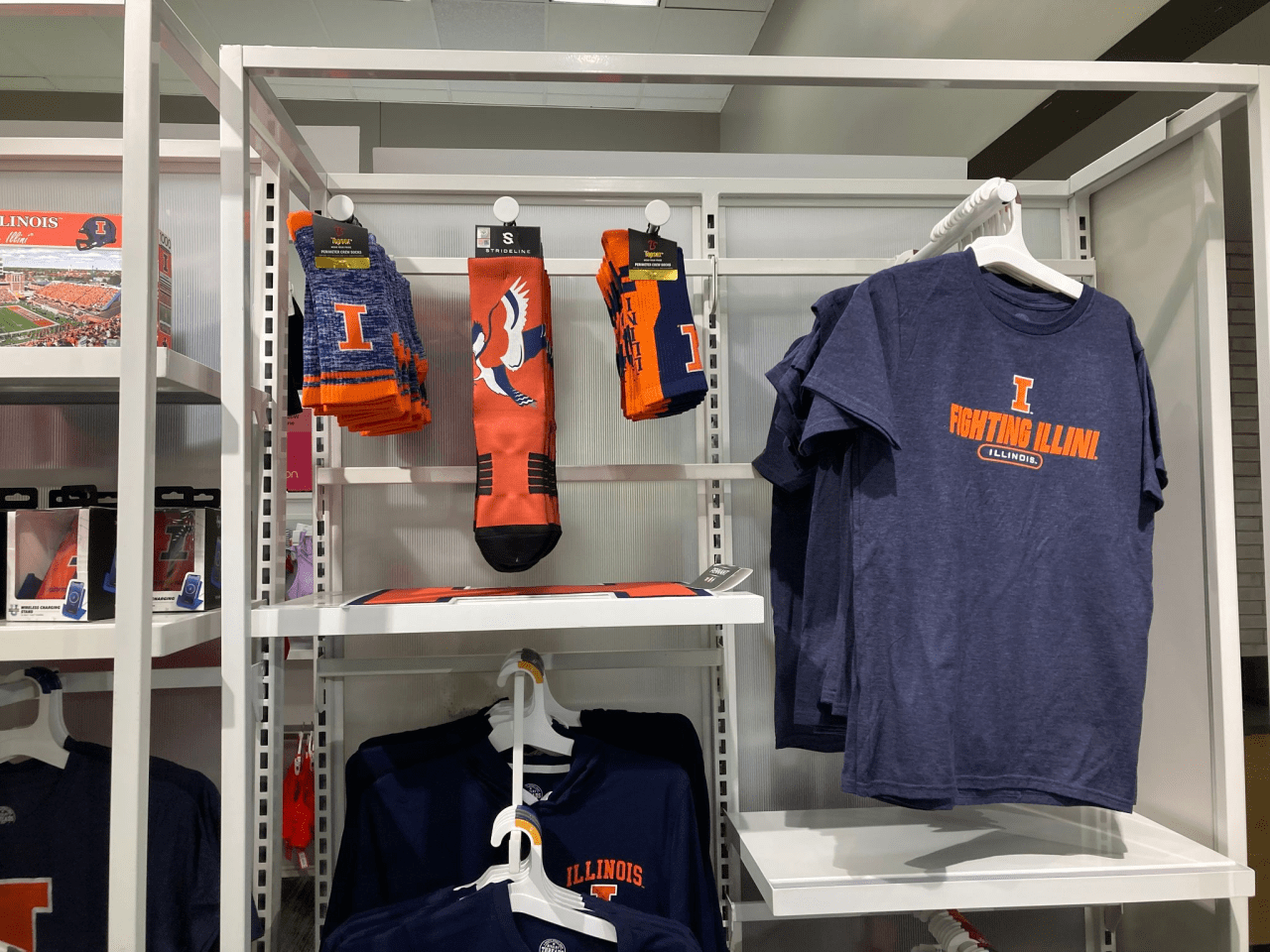 ‘Accidentally Official Merchandise’ Features Proposed U of I Mascot

CHAMPAIGN COUNTY, Ill. (WCIA) — The University of Illinois was looking for a new mascot. There was a competitor. Now, some have got their hands on “accidentally official merchandise” through a single company.

You will recall that in 2020, the University of Illinois Senate passed a resolution to adopt the Belted Kingfisher as its new mascot. But just because this resolution was passed doesn’t mean the mascot is official.

About a month ago, the Champaign Target set up a display with merchandise from Illinois. It included a pair of socks with this “accidentally official mascot”.

The design features the Belted Kingfisher bird. This design was put on socks via Strideline. These socks were available through Target. Now it looks like they are out of stock.

The creator of the mascot design, Spencer Hulsey – a U of I alum – said she was alerted to the merchandise through a Facebook post from a U of I professor It happened in July. Until then, she was unaware that the company was using her design.

She said she was never asked to use her works.

“Very interesting, unflattering. You know Target, for Midwesterners, is the good Walmart boujee. So to see your artwork in the Walmart boujee I was like oh man, this is being marketed as official NCAA merchandise. It is not,” she said.

Hulsey said he contacted an attorney regarding the sale of the design and contacted Target. So far, she hasn’t heard from the store.

She thinks the company found an old item with a picture of her design, and may have thought it was the new official mascot and started making the socks.

We reached out to the U of I and asked if this mascot and merchandise was supposed to happen. A spokesperson said the university did not knowingly authorize the creation of any Kingfisher-related products.

We’ve also reached out to Strideline to try to figure out how this happened, but haven’t heard back yet.

In September 2020, the U of I student senate approved the design. It is unclear whether the university will implement the design. Hulsey said the next step would be for the Chancellor to approve the design.