Do you know the anime merchandise industry? It’s here in India and it’s here to stay

Retail brand Celio India (the Indian chain of French menswear brand Celio) recently launched clothing in collaboration with popular anime Naruto. After the success of this, the company also launched collections in collaboration with Pokemon and Attack on Titan. Thus, the market for the animated goods sector is taking its first steps towards expansion in India. Let’s understand what buzz is.

“One day, I was walking down the street with my Levi (a character from the popular Japanese anime attack on titan) t-shirt and a bunch of kids walked past and yelled – “Levi! I love the color!” and then we all bonded over the course of the show,” said 24-year-old Akshat Jain, who has been an anime fan since he was 18 and has a diverse collection of anime merchandise.

Anime, the Japanese form of animation, is no longer an unknown word, although it still holds a very underrated place in the Indian entertainment industry. Shows like Naruto Shippuden, My Hero Academia, Haikyuu!! and movies like, Spirited Away, My Neighbor Totoro, Your Name has been a long-time champion of the genre, which is beginning to gain mainstream traction in the country.

Globally, the anime market size was valued at $24.8 billion in 2021 and is expected to grow at a compound annual rate (CAGR) of 14% through 2030, according to a report by Grand View. Research.

The West, meanwhile, is no stranger to the popularity of anime – global brands like Gucci, Nike, and Dolce Gabbana have their own line of anime merchandise.

In India, however, while the industry is still limited to new-age startups, the trend is starting to kick in. This was seen with retail brand Celio India (the Indian chain of French menswear brand Celio) which successfully launched clothing in collaboration with the popular anime naruto. Following this success, the company also launched collections in collaboration with Pokemon and The attack of the Titans.

So, with the anime goods sector market taking small steps towards expansion in India, let’s understand what the buzz is all about.

So what is the buzz?

The genre is particularly popular with Gen-Z and Millennials.

Gen-Z was mainly introduced to the genre with Netflix and PVR Pictures bringing anime shows and movies to India, while millennials grew up watching anime, especially from 2004 to 2017 when Animax India aired 24/7 broadcasts.

Also, fun fact – shows like Pokemon, Doraemon and beyblade, which an entire generation enjoyed growing up, are also anime.

A study published in April by JetSynthesys, an entertainment and digital technology company, found that 83% of Indians preferred anime over all other anime content options.

The animated movie Jujutsu Kaisen 0, which was released on July 30 by PVR Pictures, sold out in both metropolitan and non-metropolitan cities, much to the delight of longtime fans.

Unbelievable! A Japanese film released in India with English subtitles cleans up a rather small (non-metropolitan) center like Patna. I think Patna doesn’t even have enough Japanese restaurants, but tickets are selling like hot sushi. #JujutsuKaisen0 pic.twitter.com/EhDfxxrLdN

Kamal Gianchandani, Chief Strategy Officer at PVR and CEO of PVR Pictures, said in a tweet that he was amazed that despite a delayed release, Jujutsu Kaisen 0 is “leading the box office by a large margin” at PVR Cinemas.

The growth in anime exposure and increase in fan base has also benefited the merchandise sector. “We see Netflix putting out more and more shows and then PVR putting out animated movies. The genre is growing and owning the merchandise gives me as a fan a sense of identity and uniqueness,” 22-year-old Aman Singh said.

Big brands are stepping up their game

As previously indicated, Celio India had launched in May the Celio x Naruto collection in India. The limited edition collection is currently sold out in stores as well as on the official website.

“We had 130 units (shirts, t-shirts and joggers) in our store in early May and within 10-15 days the entire collection was sold out,” said Dinesh Shama, senior fashion consultant for Celio India store at Mall. DLF Noida.

This month, the store received the Celio x Attack on Titan clothing line and looking at the response, Sharma expects it to sell out this week.

“The collection is the duality of Sasuke and naruto, two very important characters in the anime. We play iconic patterns, the Akatsuki (red cloud) and the Naruto pattern with ramen. Naruto is a huge ramen fan. The emblematic elements of this collection are the Naruto silhouettes from the Celio collection. We are very proud of this collaboration,” Satyen Momaya, CEO of Celio India, told IANS.

Wizplex, which holds all Indian distribution rights for Japan’s Bandai Namco (one of the world’s largest video game publishers and anime brands), has seen immense growth in its business. 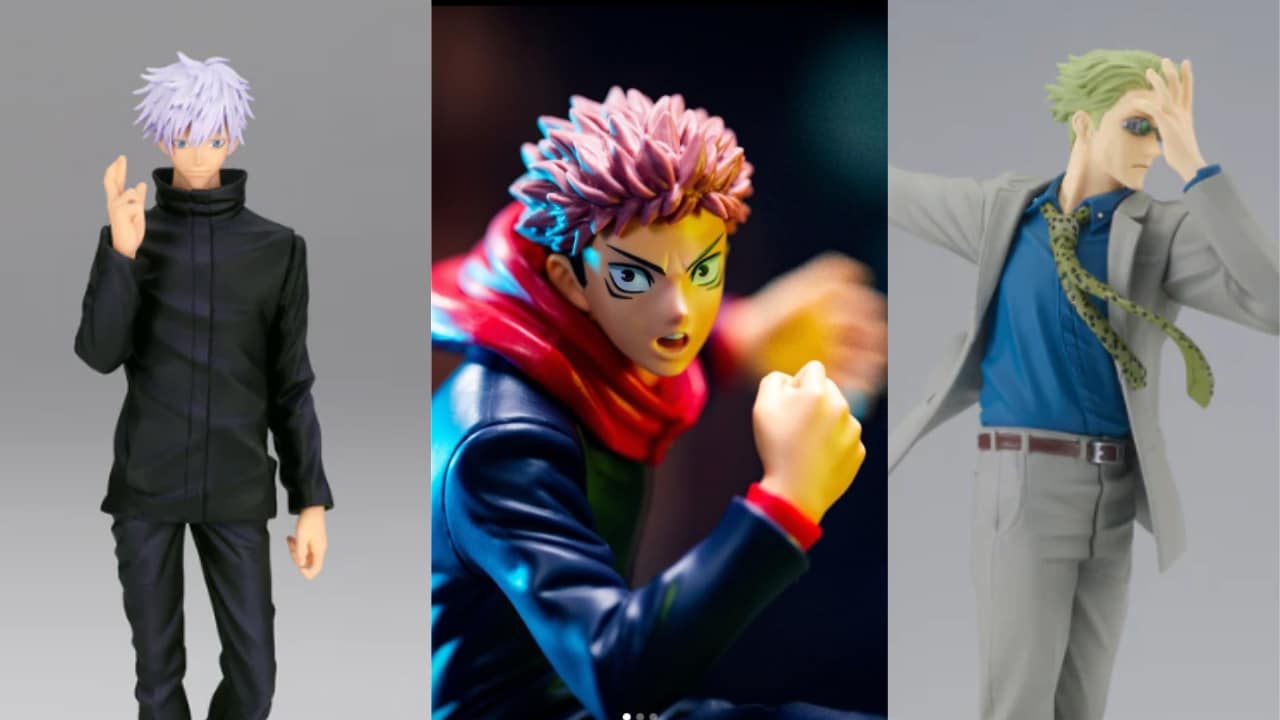 “Our main product is Banpresto line of Anime Figures produced by Bandai Namco, Japan. For 2020 product, total business was Rs 2.74 crore. In 2021, we recorded Rs 4.75 crore. For 2022 , we have a forecast of Rs 9.02 crore and are on track to achieve that, so we are seeing nearly 100% growth in the market so far,” said Akshat Singhal, Founder and CEO of Wizplex.

NautankiShala, a brand launched in 2019, has seen its sales quadruple since its debut in the animated merchandise sector.

“People are in love with our collection of anime products compared to our TV series and music-inspired collections,” said Anjali Verma, Founder of NautankiShala. Echoing this sentiment, Meghna Mehta, CEO of Kiaya Accessories, said that in just one year, due to rapid demand, the Stock Keeping Unit (SKU) – a number that retailers use to differentiate between products and track stock levels – of the brand has increased to 300.

“There aren’t a lot of stores that sell anime products, but there are people who want to buy them and so it’s a market where you don’t have to target buyers. In fact, the market will come to you,” Mehta added.

The scope of the animated goods industry in India

Animated merchandise also has emotional value. “It gives me joy and happiness, makes me feel unique and more connected to my favorite anime character that the merch represents,” said Mohamad Hajou, a proud Otaku (a Japanese word that describes people with consumer interests, especially in anime and manga). Hajou says he has spent over 10,000 rupees on anime products so far.

According to Mehta, people who buy anime products are emotional customers who have been looking for the products for so long, but since there are not many brands selling anime products, the genre is a niche, but the market has great potential.

“Even anime offerings from major brands are selling out very quickly despite their niche – that’s the emotion people pay for, so I think with increasing exposure, it’s growing more and more,” said- she declared.

In effect. while the animated merchandise business can’t compete with juggernauts like DC or Marvel, one thing is for sure – there are people selling it and there are fans investing in it. The sector has started to make its presence felt in India and it is here to stay.

2022-08-27
Previous Post: Ex-employee allegedly stole over $4,200 worth of merchandise from Worthington store – The Globe
Next Post: How to get merchandise for Ted Lasso, For All Mankind, and other Apple TV+ shows