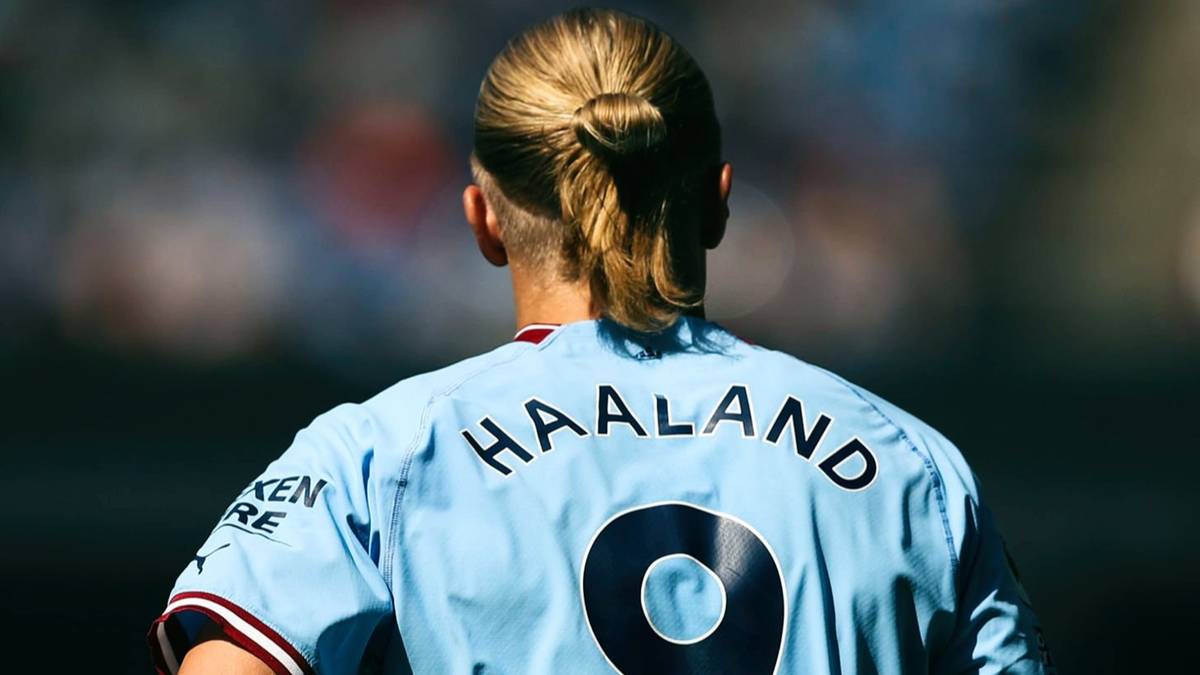 Since the 2008 takeover, Manchester City have signed a host of world-class players, but none have been quite in Erling Haaland’s mould.

The majority of Manchester City’s big-name signings have joined the club as players yet to be considered in the elite bracket of European football.

Perhaps most obviously, only Robinho has come to the Etihad Stadium as a ‘superstar’ name, though not in the same vein as the aforementioned Norwegian striker, who is widely recognized around the world as a global phenomenon.

Since joining Borussia Dortmund in 2020, the young forward’s generational talent and unique personality have made him one of the most marketable footballers in the business.

With the 22-year-old set to rival Kylian Mbappe for the title of best player in the world for the next decade, this facet is what makes him one of the biggest names in the sport.

Much like how Lionel Messi and Cristiano Ronaldo have transcended football due to their relentless rivalry at the pinnacle of sport, Erling Haaland experiences a similar sense of competition with the Paris Saint-Germain talisman.

As a result, English football has never seen a player at the peak of his powers and recognized around the world bless his shores, even at the height of the Premier League era.

Details on how the phenom has impacted since joining Manchester City from a shirt sales perspective paints an accurate picture of his incredible star status.

According to a report from Relevo, the Premier League champions sold the same number of shirts in July and August alone as they did all of last season.

Additionally, it was revealed that the official stores were out of stock of home jerseys, with no sizes available in their inventories.

It was also pointed out that the anticipated sales after the arrival of Erling Haaland exceeded all expectations.

In Norway in particular, official Manchester City merchandise is being sold at a rate 219% higher than last year.

Additionally, the club has managed to rack up a 77% increase in sales in Scandinavia compared to 2021, with 51% of the shirts featuring ‘Haaland’ on the back.

These numbers should come as no surprise, as Manchester City’s Erling Haaland is one of the biggest names in the game.

His continued rise within the team, both in terms of global branding and success on the pitch, will only increase the numbers seen across the globe.

As predicted when Manchester City were linked with a sensational move for Lionel Messi two years ago, the acquisition of Erling Haaland could transform the club’s position on the global front for years to come.