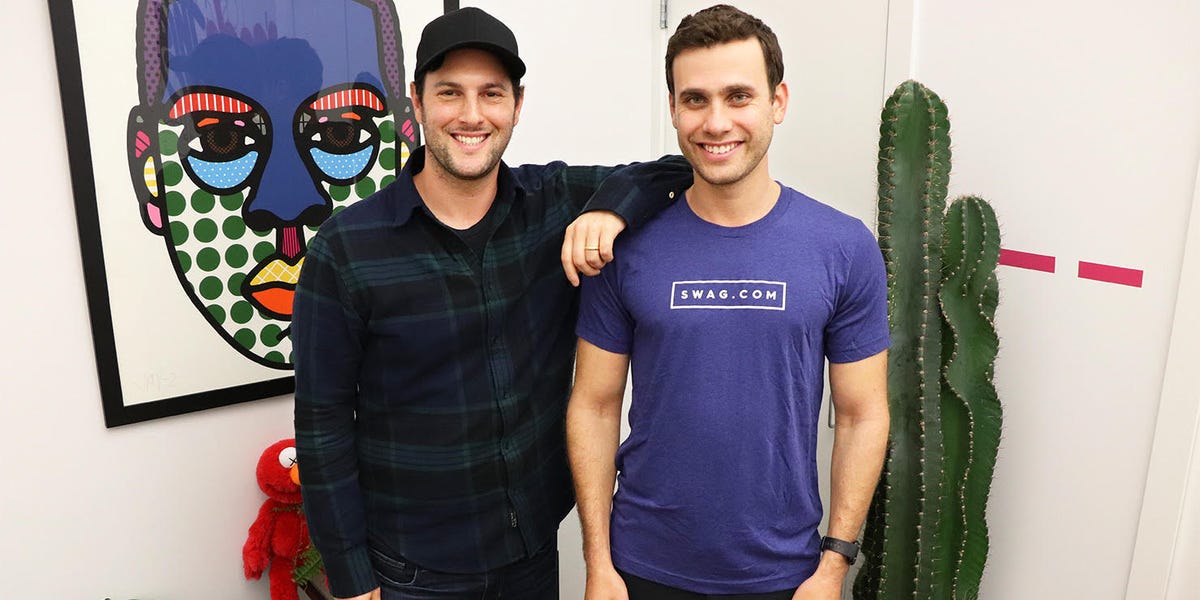 Most people think of swag as junk food — companies hand out branded merchandise, like pens and mugs, to customers and employees knowing they’ll be forgotten or thrown away almost immediately. But where most people see junk food, Jeremy Parker saw a huge opportunity.

Parker graduated from Boston University in 2007 with a degree in film, but soon realized he wanted to learn more about business, something he had no experience in. He thought starting a simple t-shirt business could help him learn the ins and outs of running a business. , so he started a business called Tees and Tats, selling high-end T-shirts with designs by tattoo artists.

Amazingly, it took off and others started noticing it. The company was eventually featured on Mark Cuban’s blog, Blog Maverick. It was the start of an entrepreneurial journey that made Parker a rising star in the sale of tchotchkes.

In just three years, Parker and co-founder Josh Orbach have built a business with nearly 3,000 customers that is expected to generate between $6 million and $7 million in revenue this year. Its revenue has increased significantly from the $365,000 the company generated in 2016 during its first year of operation.

‘What is something we would really like to keep?’

Although the market for branded promotional products is huge, Parker said he noticed that it was very fragmented and there was no strong player. There are thousands of family shops, as well as specialized e-commerce sites like 4imprints. But Parker felt he could stand out from the crowd by simplifying, with a fewer but better selection of offerings.

“For today’s buyer…they don’t want to be overwhelmed with choice,” Parker said. “We’re going to make sure it’s the best; what we would really like to keep,” he said.

Swag.com works with 30 major suppliers, including well-known brands like Moleskine for laptops and Under Armor for apparel.

Swag.com also offers its customers a cloud-based tool called Swag Inventory to manage and track their inventory of promotional items. Parker describes it as an “online loot closet”. The tool aims to automate the processes of ordering, checking inventory and sending items to customers.

The tool allows customers to see all of their inventory on one dashboard and then ship them to many different locations or one central location. They can also re-order items when stock is low and store excess items in the company’s warehouse and request smaller batches to be shipped.

As the business took off, it took a big leap of faith.

Parker said the idea of ​​a promotional branding business had been floating around in his head for 10 years before he started the company. But it wasn’t until he teamed up with Orbach — a friend of his with a side hobby of buying and selling domain names — that it all fell into place.

“I was thinking what would be the ultimate name for an industry that doesn’t have a brand? Swag.com! It’s super memorable,” Parker said. “And when I went to this site, it was for sale.”

So he called Orbach and asked him to buy Swag.com and be his business partner. And he said they bet it all. “Before we started the business, we paid $200,000 for the domain name,” Parker said. “It’s a big expense; everyone told us we were crazy.”

The first years were tough. Parker and Orbach worked in apartment building meeting rooms, an art gallery and a WeWork office, often running out of space for all the items they ordered.

David Honig, an investor at Uncommon Denominator who led Swag.com’s latest funding round, said the Swag name has played a big role in the company’s success. But he also credits the duo for using modern e-commerce technology in the area of ​​swag.

“The product itself has all the automation, functionality and user experience that the modern consumer has come to expect in all other verticals. This has not been well practiced in the corporate promotional items industry “, Honig told Business Insider.

Do you have any advice? Contact this reporter by email at [email protected] or Signal at 925-364-4258. You can also contact Business Insider securely through SecureDrop.