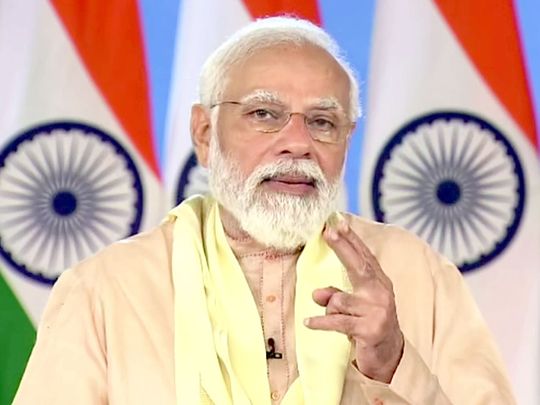 “India has set an ambitious target of $400 billion in merchandise exports and has achieved this target for the very first time. I congratulate our farmers, weavers, MSMEs, manufacturers, exporters on this achievement,” said Modi in a tweet.

“This is a key milestone in our Aatmanirbhar Bharat journey. #LocalGoesGlobal,” the prime minister tweeted.

India’s merchandise exports amounted to $298.1 billion in the financial year 2020-21. The government has set a target of $400 billion in goods exports for the current fiscal year ending March 31, 2022.

“New India under the leadership of Prime Minister @narendramodi Ji is known for storyline history. Extremely proud that India has achieved its highest ever merchandise export target of $400 billion. This reflects Indian economy’s post-Covid boost thanks to the determination of Prime Minister Modi of AatmaNirbhar Bharat,” Union Home Minister Amit Shah said in a tweet.

Reacting to the achievement, Union Trade and Industry Minister Piyush Goyal said, “We have scaled the $400 billion commodity export mountain. Every hour, day and month leading to this monumental achievement has been exhilarating.”

In his tweet, the Prime Minister also posted infographics of India hitting the highest ever export target nine days ahead of the scheduled deadline.

“As we enter the new financial year in a few days, the engineering goods sector will aim high and achieve the target despite several challenges, especially geopolitical tensions resulting from the Russian-Ukrainian conflict,” Desai said.