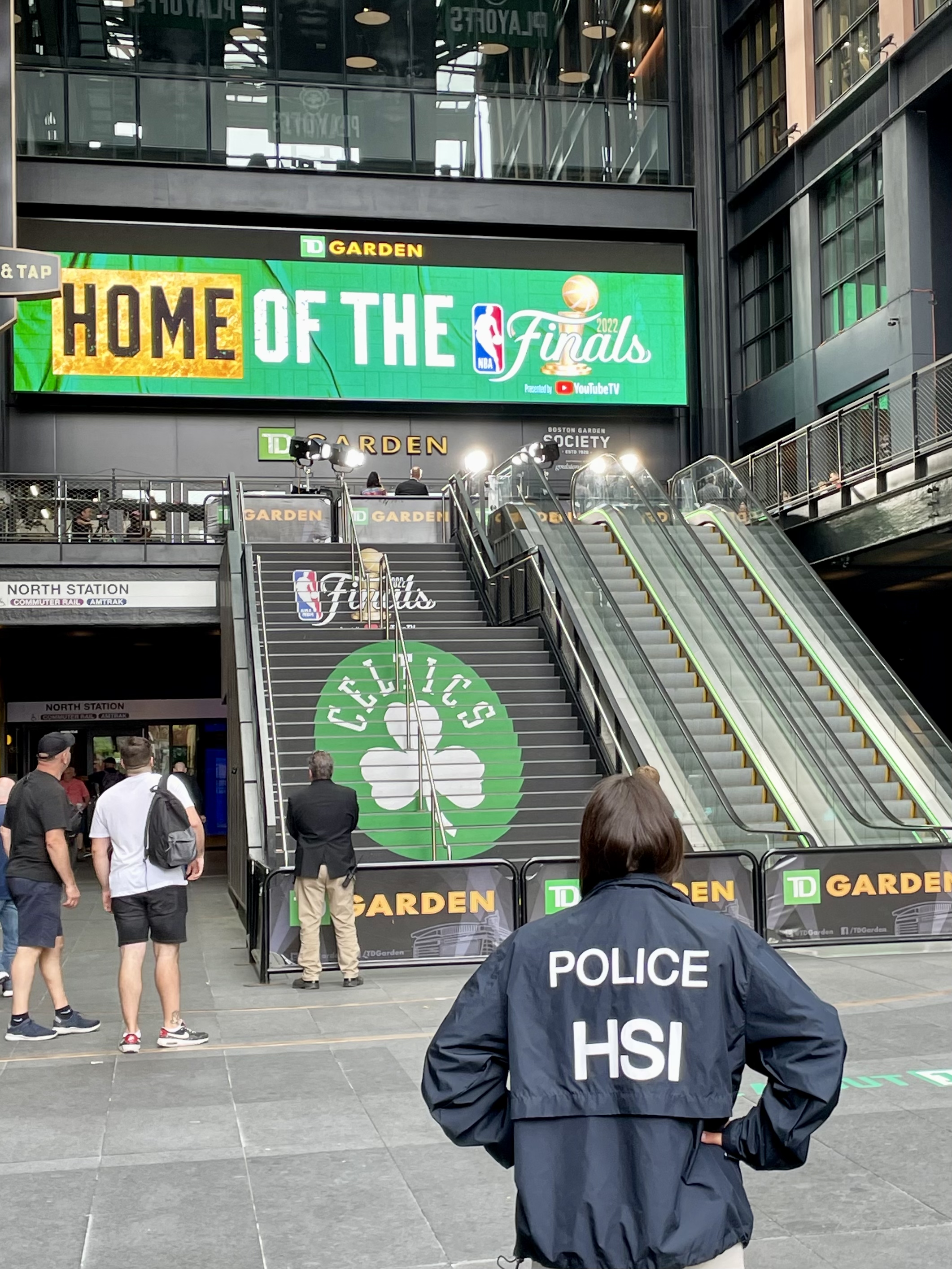 WASHINGTON — As the 2022 NBA Finals kick off this week, fans around the world are heading to San Francisco and Boston to support the teams and purchase authentic gear and memorabilia. With high demand for merchandise at this year’s game, the National Intellectual Property Rights Coordination Center (IPR Center), including with Homeland Security Investigations (HSI) and US Customs and Border Protection, joins the NBA in warning fans to be on the lookout for counterfeiters attempting to sell unauthorized counterfeit products and tickets.

“Criminals have been known to exploit the enthusiasm of fans at major sporting events by selling counterfeit jerseys, hats and other sporting goods to unsuspecting consumers,” said IPR center manager Jim Mancuso. “Fans spending their hard-earned cash can rest assured that the IPR Center and its partners are working around the clock to ensure they only get authentic, high-quality, officially licensed NBA merchandise.”

Federal authorities are cracking down on the illegal importation and sale of counterfeit athletic apparel and entertainment products through Operation Team Player, a year-round effort developed by the IPR Center.

The NBA has a comprehensive anti-counterfeiting program, including the official NBA hologram that is affixed to all genuine NBA merchandise, to protect fans looking to purchase genuine NBA merchandise. Counterfeiters are targeting major events, such as the NBA Finals, where fans are eager to take home some memorable memorabilia.

“In San Francisco, Boston and beyond, counterfeiters are taking advantage of consumers who want authentic, quality NBA merchandise and tickets – and hurting their overall NBA Finals experience,” said Ayala Deutsch, executive vice president and NBA Assistant General Counsel. “Fans deserve memories and genuine memories that last. At the NBA Finals, as with all NBA events, we implement our extensive anti-counterfeiting program to help protect both fans and legitimate tax-paying retailers from victimization. »

To avoid falling victim to counterfeiters, HSI and the NBA encourage fans to:

Throughout this year’s NBA Finals, the IPR Center joins the NBA in working closely with federal, state and local law enforcement partners who will enforce laws prohibiting the sale of counterfeit NBA merchandise.

Last year, IPR Center partners seized more than 267,000 counterfeit sports-related items, worth an estimated $97.8 million (MSRP), through a collaborative public-private sector operation targeting international shipments of counterfeit goods to the United States. Additionally, based on previous investigations into these financial frauds and schemes, federal agents witnessed unsuspecting fans losing between $700 and $1,400 on fake jerseys believed to be genuine.

Since 1992, as a member of the Coalition to Advance Sports Logo Protection (CAPS), the NBA has been involved in eliminating over 12.7 million counterfeit pieces bearing the logos of various leagues. professional sports, teams, colleges. and universities, collectively valued at more than $549 million. Over the past nine years, working with the NHL, MLB, Collegiate Licensing Company and collegiate institutions, the NBA has successfully pursued lawsuits resulting in the closure of more than 21,000 domains selling counterfeit sporting goods. .

The estimated value of the trade in counterfeit and pirated goods is between $710 billion and $970 billion worldwide per year and is responsible for the loss of more than two million jobs per year, according to a recent INTA/BASCAP study conducted by Frontier Economics. Additionally, a 2020 report from the U.S. Department of Homeland Security’s Office of Strategy, Policy, and Plans indicates that law enforcement investigations have revealed complex links between the sale of counterfeit products and transnational organized criminal groups – and that criminal organizations use forced labor and child labour. to manufacture and sell counterfeit products.

About the National Center for the Coordination of Intellectual Property Rights

The Coalition to Advance the Protection of Sports logos (CAPS) is an alliance formed by Collegiate Licensing Company, LLC, MLB Properties, Inc., NBA Properties, Inc., NFL Properties LLC, and NHL Enterprises, LP in 1992 to address the common brand matters of protection and enforcement of its members. For more information, call 1-800-TEL-CAPS (835-2277) or visit www.capsinfo.com.