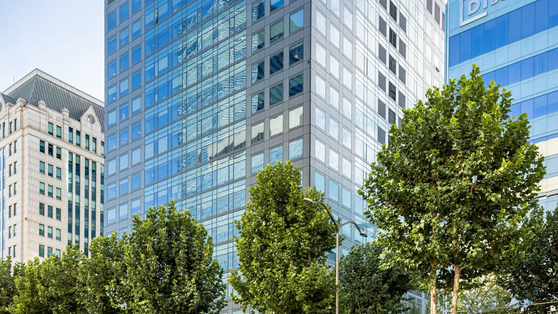 Building of work-sharing provider WeWork in the Gangnam district, south of Seoul. Lotte Department Store announced on Monday that it will relocate its merchandise divisions to Gangnam. [WEWORK]

Lotte Department Store is moving its merchandising divisions from a building in Jung District, central Seoul, to Gangnam District, south Seoul, in May.

Lotte department store, operated by Lotte Shopping, plans to move its merchandising headquarters and some 230 employees from MD1 and MD2 divisions to a WeWork office in Samsung-dong, Gangnam district, in mid-May.

The merchandise department is where major business decisions are made – it sets business strategies, decides which boutiques would enter department stores, and launches large-scale promotional events.

Jung will work in both Jung’s old district office and the new Gangnam office, according to Lotte department store.

“Trend setters such as luxury brands, fashion and beauty companies, designers and entertainment agencies are in Gangnam,” said a spokesperson for Lotte department store.

“The goal is to increase work efficiency in the high-end neighborhood.”

Jung, the first outside CEO, leads the company’s change and reforms the workplace culture of Lotte Department Store.

Since last December, he has recruited several key executives from the outside, something the company has traditionally been wary of doing. Jung himself previously worked at Shinsegae department store and Shinsegae International, and appointed Lee Hyo-wan, former general manager of Givenchy Korea, to head its MD1 division.

“Whether the recruitment is internal or external, the goal is to change the workplace culture by abolishing the preference for insider recruitment,” Jung said.

“If anything, it’s rather odd that outside recruitment is still seen as a problem these days.”

The work process will also change.

In the department store’s Gangnam workplace, the CEO’s office will be set up as a reception room without a desk to promote communication. Employees, as well as those in managerial positions, will not be assigned a desk but will be free to sit wherever they wish. However, the workspaces of employees and those of division heads and above will be separated so that young employees do not feel pressured during their work.

As pandemic-induced “revenge shopping” – the search for comfort by buying goods while social activities were restricted due to Covid-19 – has boosted demand for luxury goods, high-end items have become the main profit drivers.

Lotte Department Store is lagging behind in the luxury sector compared to its competitors. 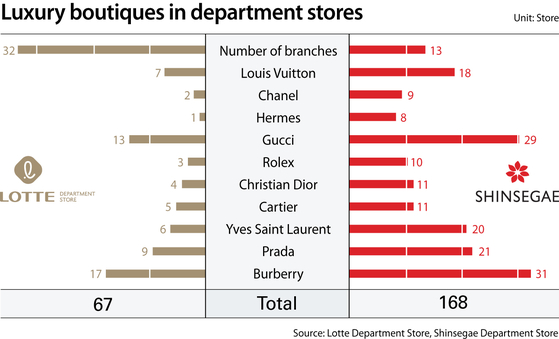 At 32 Lotte Department Store branches across the country, there were 67 boutiques of the top 10 luxury brands in March, a grouping by market research firm Kantar. Brands such as Louis Vuitton, Chanel, Hermès, Gucci and Rolex are part of the group.

The Shinsegae department store had 168 luxury stores in its 13 branches.

An unnamed luxury industry insider said that “Shinsegae is ahead of Lotte in luxury” and that “Shinsegae department store has maximized synergy with its luxury fashion brand BoonTheShop and other Shinsegae subsidiaries such as Shinsegae International”.

According to the industry insider, “the leader’s experience and initiative is the single most important factor in driving the luxury industry forward,” adding that CEO Jung’s experience in the fashion industry at the overseas will have a positive impact on the department store. 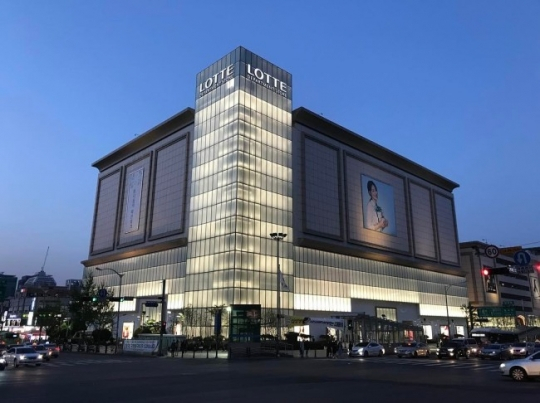 Construction is expected to start next year and the detailed plan is currently under discussion. The department store will focus on fewer categories and brands, while improving service quality.

“Significant change is needed,” Jung said, noting that Lotte Department Store will strive to be “recognized for its products and services based on a supportive working culture and a clear business strategy.”