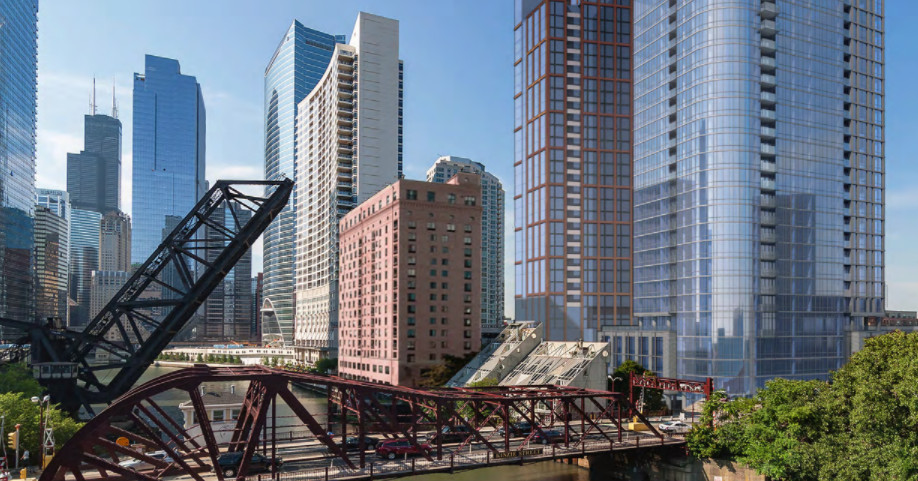 The owner of Chicago’s Merchandise Mart is proposing to build a residential tower nearby in downtown Ald. Brendan Reilly (42nd) said Friday.

In an email to voters, Reilly said the Vornado Realty Trust is planning a 26-story building with 288 units at 527 W. Kinzie St., on the southwest corner of Kinzie and Canal Street. The property has been used for surface parking by market tenants.

The developers said in a presentation given to Reilly that the building will have 81 parking spaces, the same number as the surface lot.

Reilly’s email did not indicate when construction could begin. Vornado could not be reached for comment.

The proposed tower is smaller than current zoning allows, so Reilly noted that the development does not require city council approval. But he said he convinced Vornado to revise the plans so that loading and unloading would happen inside the building. Reilly also said the building will accommodate street passenger pickups and drop-offs.

Vornado said in his presentation that the changes will improve sightlines for drivers on Canal turning on Kinzie. The intersection has been a traffic choke point due to development in the surrounding area, including Wolf Point along the Chicago River.

Reilly said the new building will be next to another city-approved residential tower. It is a 33-story building at 344 N. Canal St. Habitat has yet to begin construction on this site, which once housed a Cassidy Tire service center.

Separately, Reilly said a developer planning a residential tower at 640 W. Washington St. agreed to reduce the height of the building. Crescent Heights will build 38 stories, not the 47 stories the city council authorized last year, Reilly said. He said construction is expected to start later this year.