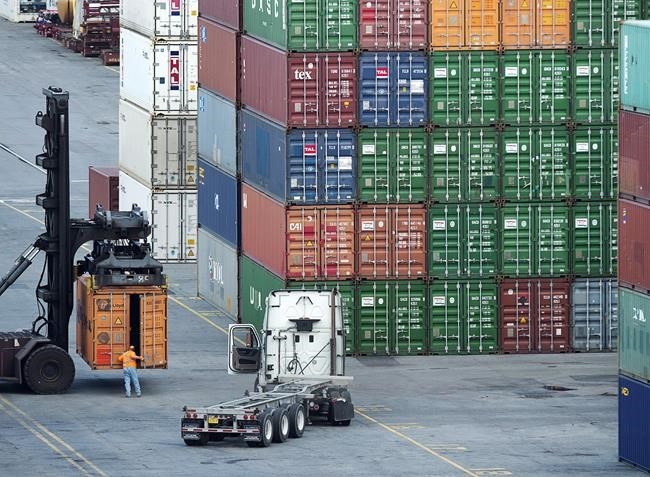 Merchandise trade surplus of $3.1 billion in November, according to Statistics Canada

The agency said the result compared with a revised surplus of $2.3 billion for October, originally estimated at $2.1 billion.

Bank of Montreal economist Shelly Kaushik said nine of the first 11 months of 2021 were in the black, the most since 2008, putting the full year on track for the first surplus since 2014.

“Broader trade activity surged in November as both exports and imports increased despite devastating flooding in British Columbia,” Kaushik wrote in a report.

“While the impact on transportation may linger in the coming months, this report adds to the evidence that the economy had strong momentum ahead of further restrictions in December.”

According to Statistics Canada, British Columbia’s exports in November fell 7.8%, but exports from other Canadian provinces rose 11%. He noted that flood disruptions were less apparent in import data, because while damage to highways and railroads in British Columbia limited the movement of goods further inland, shipping operations unloading goods from container ships were not significantly affected.

Consumer goods exports climbed 9% in November to $7.3 billion as large shipments of COVID-19 drugs arrived in Canada to be packaged and labeled and then exported. Exports of basic and industrial chemicals, plastics and rubber products rose 14.7% to $3.8 billion.

Imports of consumer goods rose 5.2% in November to $12.3 billion, while imports of metallic and non-metallic mineral products soared 7.3% to nearly $5 billion .

Regionally, Statistics Canada said the country’s trade surplus with the United States rose to $9.8 billion in November, its highest level since January 2006.

Canada’s trade surplus with the United States in October was $8.8 billion.

Meanwhile, Canada’s trade deficit with countries other than the United States totaled $6.7 billion in November, down from $6.5 billion in October.

In a separate release, Statistics Canada said the country’s international trade in services deficit narrowed to $230 million in November from $520 million in October.

Canada’s trade surplus for goods and services combined was $2.9 billion in November, down from $1.7 billion in October.

This report from The Canadian Press was first published on January 6, 2022.