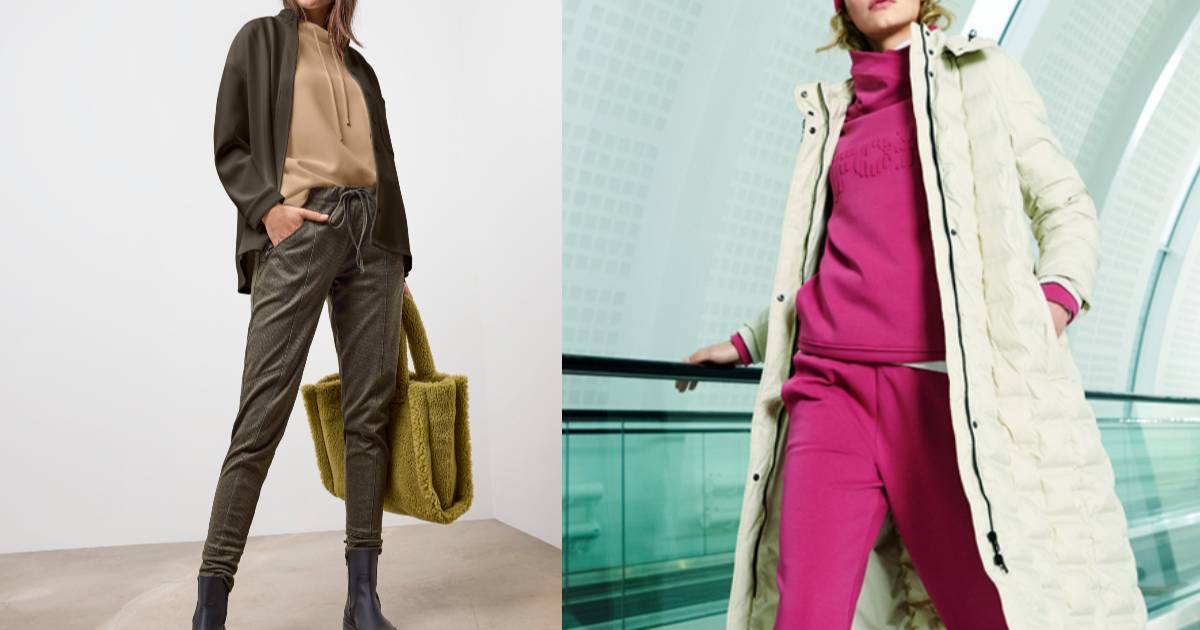 “Now it’s about having enough merchandise”

The war in Ukraine darkens the atmosphere in the street

“There is a state of shock”, explains Birgit Engelmann. “Since the start of the war in Ukraine, it’s been quiet in the shops and on the streets.” The retailer, which carries brands such as Luisa Cerano, Marc Aurel, Ana Alcazar and Herzen’s Angelegenheit from its boutique in Berlin’s Westend, has felt “very supported by my customers” throughout the pandemic and has not to fear for his business; however, the situation deteriorated again on a purely emotional level, as “these are”, according to Engelmann, “no good days”.

This is not just the case in Berlin. “Again, we have no reason to be happy, we probably can’t get out of the depression,” says Wolfgang Billmayer, who runs two fashion stores in Bavaria, one in Wartenberg and one in Freising, near Munich. Of course, the current developments are felt, “here in Wartenberg, the customer frequency is currently zero”.

Mode Ruths in Friedberg and Bad Nauheim near Frankfurt is also feeling the uncertainty, “not only among our customers, but also among our employees”, says Jochen Ruths. “Of course, we are concerned when we hear suppliers say that their employees in Ukraine are now at war. But we all appreciate the focus on our daily tasks and feel how our customers are looking for normality, even they do their shopping.

Nevertheless, the current order cycle for the upcoming fall season continues – and retailers’ goals have not changed: many of them want to expand their fashion range, inspire their customers with exciting selections and – notably through increased purchase prices – make more sales with fewer items at higher average prices.

They want to avoid comparability and the usual; retailers are looking for special features, unusual colors and fresh styles. At the same time, it’s just a matter of having enough merchandise for the whole season so you don’t miss the sales like last year. At that time, many retailers were experiencing empty warehouses and gaps in many product groups. This shouldn’t happen again.

In this context, the question arises as to how the pre-order, post-order and immediate budgets are now de facto weighted. The image here is split. On the one hand, there are retailers who want to keep their pre-order budget at the usual level and place more value on trendy, fast-moving stock items, NOS, or long-term warehouse items.

At Modehaus Holzapfel in Abensberg north of Munich, for example, intensive work with NOS and temporarily stored goods is part of the strategy. The ratio of pre-orders to NOS/storage of respectively 50:50 and 60:40 is therefore maintained, and the fashion retailer is working closely with companies that have a compelling storage or NOS offer. “We rely less on pre-orders and reorganize daily,” says Ulrike Holzapfel.

This avoids the risk of ‘having too many sleepers in the range’ and always brings ‘the tried and tested items to the stores’. So far, she has always been able to get what she wanted. And if the warehouses are empty, “you just have to look around”. This meticulous selection work “is the buyer’s job”. not overdo it” and you have to know which suppliers you can work with in this way.

At Vohl & Meyer in Limburg, near Frankfurt, the ratio of pre-orders to in-stock items is “65:35% for menswear, 75:25% for womenswear.” And “it should stay that way,” says owner Martin Acht. Basically, it expects not only pre-order items but also in-stock items to have sufficient novelty value. “Since the pandemic, it is particularly important that there are innovative warehouse programs,” says Acht.

Especially when it comes to trousers, what is in stock also determines the choice of supplier. “With pants, we first look at the warehouse and only then at the collection,” says Acht. The procedure at Heikorn in Singen, near the Swiss border, is similar. “For womenswear pants and suits, NOS has to run smoothly,” says owner Bettina Kornmayer. If not, she should look elsewhere. “If a supplier leaves us behind in terms of stock, we find that we find an alternative supplier who can deliver,” says Kornmayer. She then pre-orders with them as well.

As for other product groups, Heikorn tends to increase pre-orders. “We had a very good year for jackets,” says Kornmayer. That’s why she increased the order here somewhat, because “we had too few to meet customer demand, we could have sold more if we had had more jackets during the season.”

“Those who play it safe do not have interesting product lines”

Tim Stenger of Modehaus Stenger in Bad Kreuznach, southwest of Frankfurt, is also sticking to a clear pre-order goal; the ratio of pre-orders to stocked items will remain at around 75:25 percent for the upcoming fall season. “We have a certain contingent of NOS inventory and products,” Stenger says. But it is clear that “if we play it safer and safer, the product line will become more boring”. However, his priority is that “the selection remains exciting – and that cannot be done by minimizing the risks and offering only the basics”.

Petra Wichern from Moden Holst in Sittensen, southwest of Hamburg, agrees. She will continue to maintain her 85% pre-order share, although her “ideal would be a 60:40 ratio – but only if the items come from our regular suppliers.” But they don’t have that many in stock, and while “everyone is talking about ready-to-wear, it doesn’t actually work that well,” in her experience. But “we’re doing pretty well that way,” says Wichern. She also appreciates being able to manage pre-orders in a compact way so that she can “focus one hundred percent on what’s happening in store next.” Sabine Lehman of Lehmanns in Wedel, also near Hamburg, counts 90% on pre-orders. The ten percent she adds aren’t new products, but “items we’ve already sold.”

“Now the most important thing is to have enough goods,” says Jochen Ruths. To ensure that there is no shortage of goods like last autumn, he ordered “very neatly” this time for his two clothing stores in Friedberg and Bad Nauheim. There are suppliers from whom he has even doubled his orders – albeit after reducing his order volumes in the previous three seasons.

In the case of an order for pants, he has initiated an “internal NOS” for certain articles that he considers to be very resistant and which will not be available in the warehouse. “If there’s one thing we’ve learned from Corona, it’s that something can always happen,” Ruths says. Therefore, a certain risk prevention surely plays a role in the fall order.

Wolfgang Billmayer, who this time “approached the order with a more positive attitude” and “bought a bit more everywhere”, also said he “didn’t skimp as much as last fall”. Since “the knit seduces
[to customers] and there are enough pants,” shopping was easy for him. “People want to look chic again,” observes Billmayer. It doesn’t have to be a blazer or a suit; many women are content with dresses which they combine with leggings and a leather jacket for everyday use, while younger customers “tend to wear sexier dresses”.

Quint’s director, Birgit Engelmann in Berlin, believes that the level of fashion experienced in showrooms needs to be raised. “There is definitely a lack of innovation,” observes Engelmann. While familiar styles are being revived, fresh colors and completely new cuts are missing. “Women still need suits and blazers,” says Engelmann, “it would be nice if there were extravagant jackets.”

And as for dresses: “Plain dresses won’t serve us long term.” According to Engelman, a dress needs color and sometimes needs to be really unusual. In this context, “I was so bold in ordering where possible that I almost scared myself a little”, laughs Engelmann. Overall, she pre-ordered about ten percent more, because since “manufacturers are running out of stock and you don’t know what’s going to happen next, I can’t safely assume I’ll be able to re-order. anything this year”.

This article originally appeared on FashionUnited.de. Edited and translated by Simone Preuss.