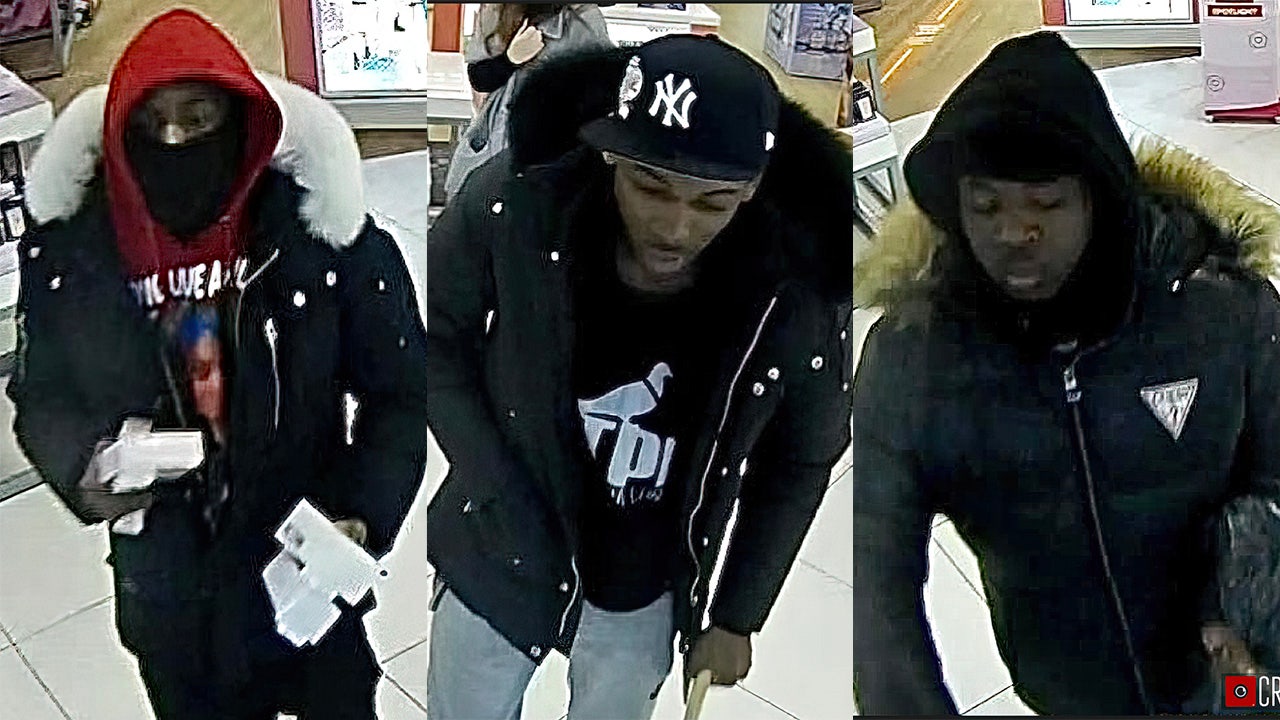 A trio of thieves in Pennsylvania stole $3,000 worth of merchandise from an Ulta Beauty store in broad daylight on Sunday, authorities said.

As one suspect, who was walking with a cane, was helped by a store employee, the other two suspects unrolled black trash bags and filled them with various scents, authorities said.

Police say the three men stole $3,000 worth of merchandise from an Ulta Beauty store at 833 North Krocks Road in Lower Macungie Township, Lehigh County, in broad daylight on Sunday.

After filling the bags, the three suspects fled the store in a temporarily registered 2021 or 2022 Toyota Highlander.

The robbery comes just two months after the store was hit by five suspects who stole $20,000 worth of merchandise in just 40 seconds, WFMZ-TV reported.

Other Ulta Beauty stores in Pennsylvania have also reported recent incidents of theft. Thieves have struck the location in Stroudsburg twice so far this year, and once in October, according to the station.

In November, another location in Spring Township, Berks County had about $7,600 worth of items stolen, police told the station.

Authorities asked anyone with information about the most recent incident to contact the Pennsylvania Crime Stoppers toll-free at 1-800-4PA-TIPS (8477).