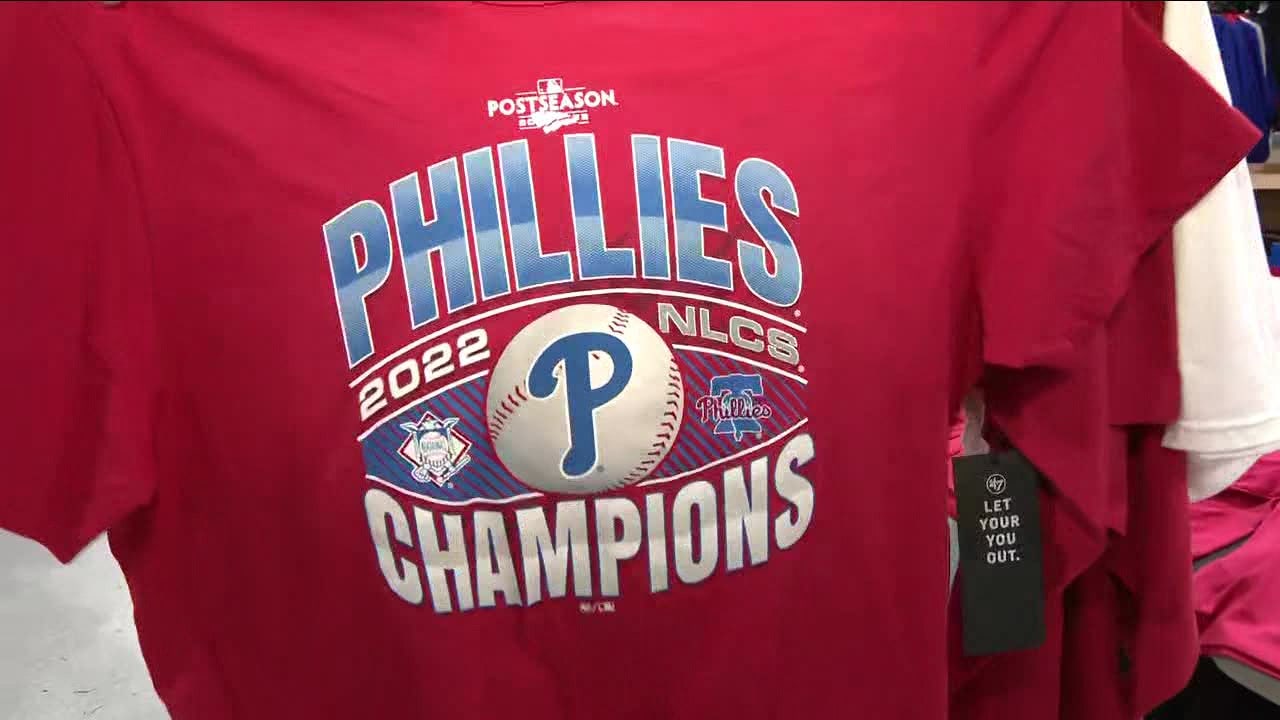 Merchandise for the 2022 World Series is printed and ready for every Philadelphia Phillies fan to show their support.

PHILADELPHIA CREAM – Teams and dates are set, and now it’s time to get dressed! Merchandise for the 2022 World Series is printed and ready for every Philadelphia Phillies fan to show their support.

From t-shirts and hats to shot glasses and koozies, gear hits stores just hours after the Phillies won the NLCS against the Padres in a 4-2 victory to claim their World Series spot.

FOX 29’s Hank Flynn was live Monday morning at Dick’s Sporting Goods in King of Prussia to check out the goods ahead of the store opening to some very excited fans.

Phillies World Series merchandise goes on sale the day after the NLCS win.

Shirts in the Phillies’ signature red lined the store with either “NLCS Champions,” “2022 World Series” or “Fall Classic” gracing the front, and priced from $40 to $50.

Fans can also get their hands on the same World Series baseball cap worn by Bryce Harper as he celebrated with his team on the field Sunday night.

Dick’s will adjust its hours to allow fans to pick up their gear sooner!

2022-10-24
Previous Post: With inflation fears and a surplus of unsold goods, the Black Friday season has already begun
Next Post: Rumble announces the launch of its official merchandise store