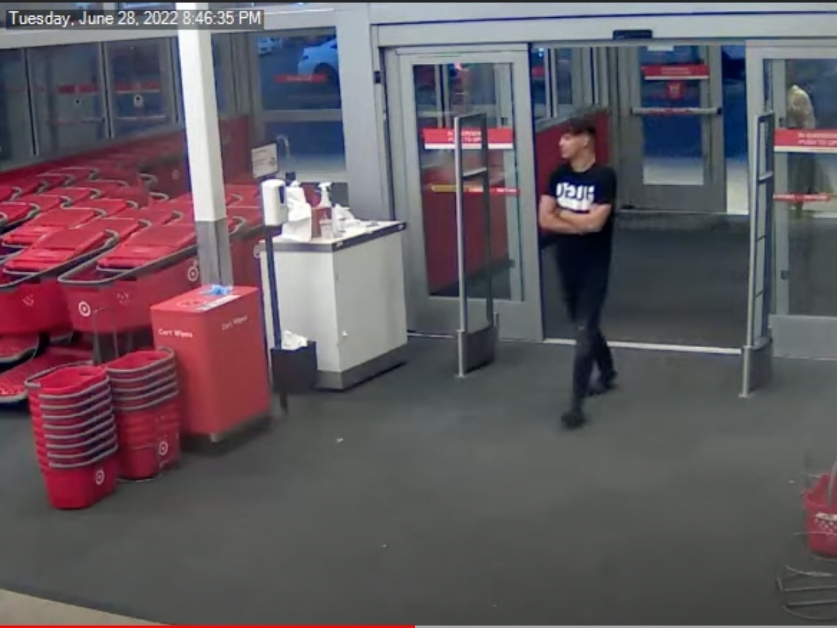 Shoplifters take $50,000 worth of merchandise from Clark Target: Police

CLARK, NJ – Two suspects stole $50,000 worth of merchandise from Clark’s Target store last week, according to a statement from Clark police.

Police said the two suspects, a man and a woman, remained in the store’s restroom until closing on Tuesday, June 28. They then appeared in the store wearing safety vests to blend in with the members of the night shift and walked into the target. Stock. bedroom.

According to Clark police, the suspects took $50,000 worth of electronic equipment, mostly Apple Watches and iPads, before exiting through an emergency exit at the back of the building.

The suspects are believed to be driving a white Toyota minivan with a Tennessee license plate.

On Friday, Clark police were still looking to identify the suspects.

Anyone with information regarding these two suspects, the incident or the car is encouraged to contact Detective Michael Ciaccio at 732-388-3434.

Video of the suspects entering the store can be viewed on the OurClark YouTube channel below:

Patch has contacted Clark police for updates on the incident, but has yet to receive a response. This article will be updated as new information becomes available.

Get more local news straight to your inbox. Sign up for free newsletters and patch alerts.

To request removal of your name from an arrest report, submit these required elements at [email protected]