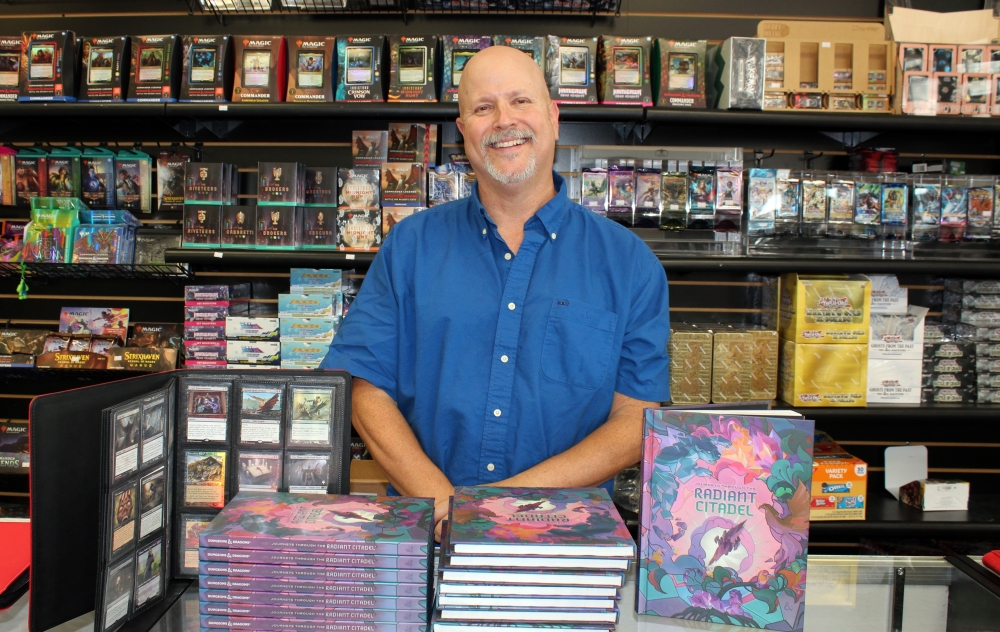 Brennan Enos said that since childhood he had a passion for comics, board games, and Dungeons & Dragons. He worked in game stores throughout high school and college.

Although he became an English teacher at university, he harbored the dream of one day opening a game store.

In October 2011, he and his wife, Michele Enos, opened Sci Fi Factory in northeast Fort Worth.

“I’m a big nerd and Michele is very tolerant of my nerdness,” Enos said.

Almost everyone who enters the game store has multiple interests, Enos said.

Enos said that when it comes to choosing which D&D inventory to store, he relies on his own expertise. When choosing anime products, he said he takes customer requests and advice from his sons into consideration. For Funko Pops, he says he follows trends.

The store’s official business motto is “Friends, Family, Fun,” but the unofficial motto is “Everything a nerd needs at your fingertips,” Enos said.

The store owner claims to be the ‘king of nerds’ and said he strives to create a welcoming environment for everyone.

“When I was growing up, there weren’t a lot of nerds around. I went to college one time in a Captain America shirt and got teased,” he said. some of those same people I went to school with come here to buy.”