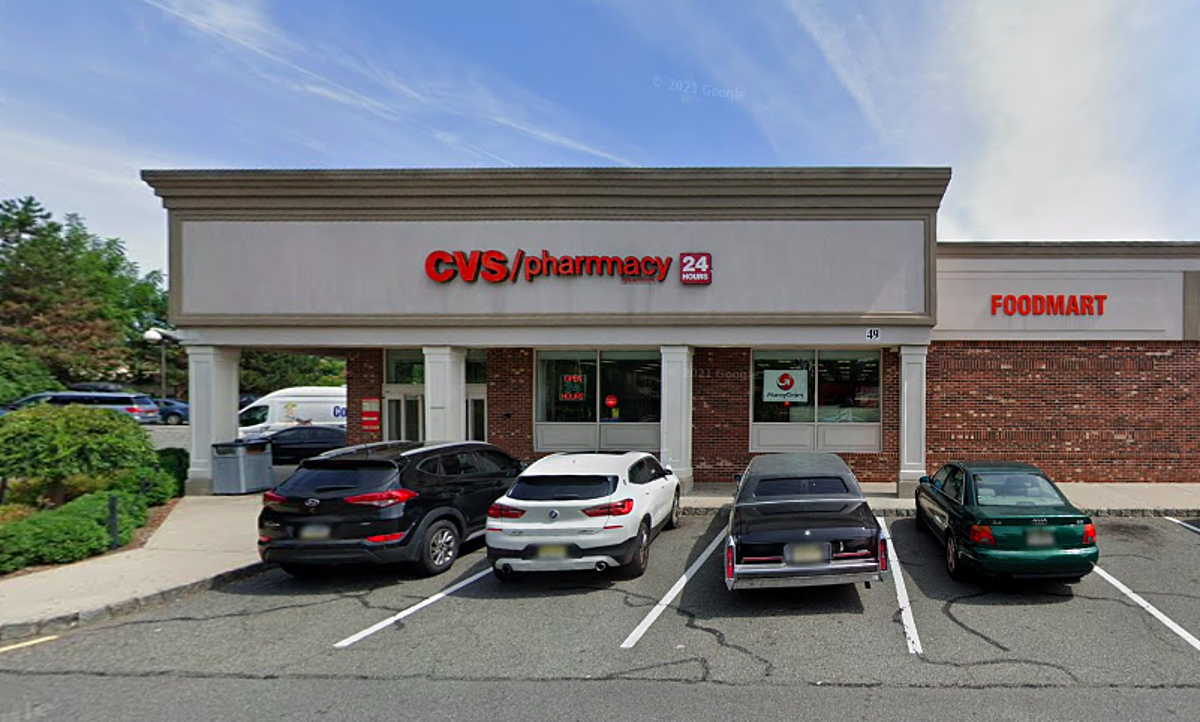 On January 19, a Claremont Avenue CVS employee reported that two men entered the store within minutes of each other. One of them filled trash bags with merchandise and walked out of the store, police said. The second hid unknown goods from the store in his jacket.

The two then got into a white Pontiac and drove east on Claremont Avenue, police said.

At the time of the report, the manager was unable to determine an exact inventory of items taken.

The following additional activity was reported by Montclair Police in their weekly blotter:

Sunday January 23 — The owner of a 2017 BMW X5 reported his vehicle stolen while loading items from his North Mountain Avenue apartment into the car. A witness reported watching a young man in a yellow sweatshirt enter the car and drive north on North Mountain Avenue. The vehicle was recovered later that day from the intersection of Broad Street and Lincoln Park in Newark.

Tuesday, January 25 – A resident reported that her 2020 BMX X6 was stolen from her driveway on Christopher Street overnight. She said she accidentally left her key fob in the front seat cup holder.

Tuesday, January 25 — A Clinton Avenue resident reported that when he woke up, he found an unknown vehicle parked in his driveway. The 2020 Mitsubishi Outlander was determined to be a stolen vehicle from Harrison. Surveillance video shows the vehicle pulled into the driveway around 3:35 a.m. There were no descriptions of individuals connected to the theft.

Wednesday January 19 — A resident of Emerson Place reported being woken up by her Ring Alert at 3:15 a.m. When she looked outside, she saw a stranger exiting a vehicle parked outside her home and entering the vehicle of his neighbour. The person then got out and fled to the waiting vehicle.

Wednesday January 19 – A woman reported checking her Ring footage overnight and observing a man walking down her Buckingham Road driveway and trying to get into his 2022 Land Rover. The vehicle was locked and the man, described as not wearing than a gray sweatshirt, is seen in the footage running towards a car waiting on the street. Entry into the vehicle failed.

The police log is based on information provided to the Montclair Local at the discretion of the Montclair Police Department and reflects events as described by the department. It may not reflect the full extent of police activity. All descriptions of illegal activity are allegations only, and anyone mentioned in the blotter is presumed innocent until proven guilty in court. The MPD encourages anyone who wants to report criminal or suspicious activity, or has information about an ongoing investigation, to call 973-744-1234. In the event of an emergency, residents are asked to call 911.

2022-01-25
Previous Post: Restock and replace fast-selling merchandise to build momentum into 2022
Next Post: Toddler orders nearly $2,000 worth of goods from Walmart