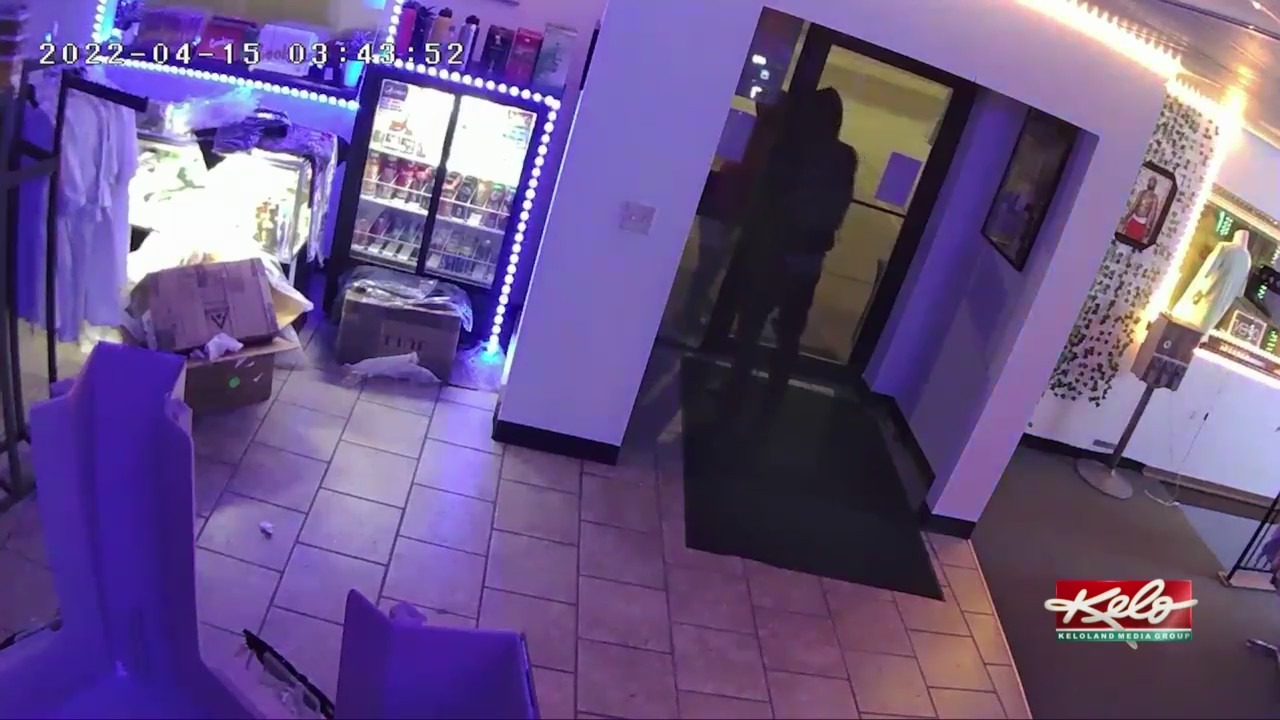 Two Burglaries and Thousands of Dollars in Lost Goods

SIOUX FALLS, SD (KELO) – A locally owned vape and shoe store on 12 and Grange in Sioux Falls lost thousands of dollars in merchandise Friday morning after three people broke in around 2 a.m. .

But this isn’t the first time owners of “Cool, Calm, Collected x Swiftly Kicks” have experienced something like this.

Learning that your store has been robbed is not something you want to wake up to as a small business owner. But that’s what happened to Demetrece Henderson and Freddy Sanchez when they got a call that their vape and shoe store window had been smashed.

“This time they ransacked all of our disposable items, all of our tobacco products,” Sanchez said. “We didn’t have a lot of stock, but they ended up accessing all of our inventory. They got our clothes, they got T-shirts, they took single shoes, didn’t even take full pairs, they ransacked some of our glassware.

But this isn’t the first time Henderson and Sanchez have had to deal with a burglary. Just a week ago the same thing happened.

“They ran straight for disposable tobacco like they knew exactly what they wanted and they came here, took this, nothing else, and just left,” Henderson said.

Between the two burglaries, they lost about $10,000. On top of that, they have repairs to pay for and security to add.

Henderson and Sanchez say it’s disheartening to have two break-ins at a store they just opened last year.

“It could be targeted or it could just be a few kids just looking for a buck or two and targeting easier businesses that aren’t as, you know, commercial,” Sanchez said.

“We went a whole year without anyone breaking us and now it’s like two burglaries in a week. It sucks, I guarantee you, it sucks,” Henderson said.

If anyone has information about the break-in or has recognized the people in the surveillance video, you are asked to call Crime Stoppers.

A GoFundMe page has been set up to help with costs.