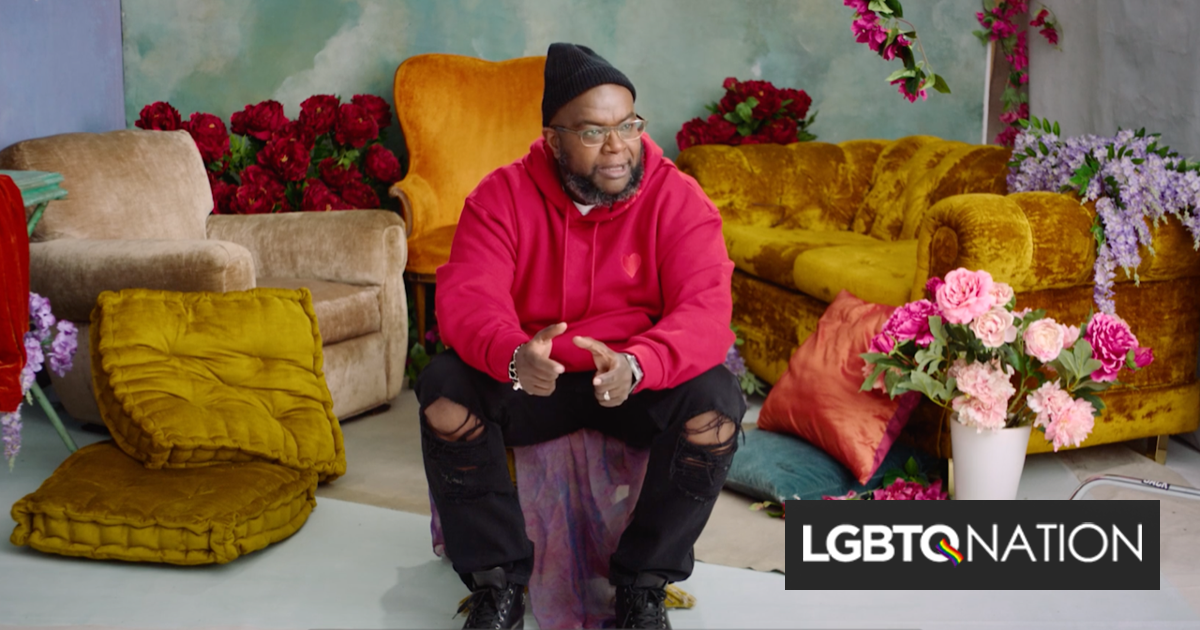 Pride started out as a riot, then became just a party to celebrate. But with hundreds of anti-LGBTQ bills filed so far this year, the LGBTQ community is asking more of businesses than a pink wave of support for just one month of the year.

Unilever has taken a unique approach, eschewing Pride parades and expensive floats in favor of providing much-needed funds to support efforts in underserved communities. Even better, they do it all year round. They want the community to know that Pride should last for 365 days.

Unilever’s ‘United We Stand’ campaign will focus on anti-bullying, hunger relief and nutritional support, mental health and wellbeing services, housing resources, support for anti-conversion therapy, the decriminalization of HIV and the fight against anti-trans legislation.

They partner with Forum for Equality in Louisiana, Freedom Oklahoma, South Carolina Black Pride, The Knights and Orchids Society in Alabama, and PFLAG Springfield in Missouri to focus their efforts on underserved communities. The money earned during this campaign will be used to strengthen the services offered by these organizations.

Unilever is also partnering with drag queens and LGBTQ leaders, including Jaida Essence Hall, Heidi n Closet and Jan Sport, among others, to spread the word through social media.

Rana Reeves, the founder of RanaVerse, an agency that helps with corporate campaigns, says it’s important to “hold brands accountable during campaigns to ensure the LGBTQ community is heard and supported. We have a problem if they don’t bring systemic change and empower marginalized voices.

Reeves remarked that this is what the LGBTQ community is looking for.

“There has been a seismic shift that focuses on positioning brands at the systemic and societal level of change. Pride used to be a party, but not anymore,” they said LGBTQ Nation.

Sean Coleman, the founder of Destination Tomorrow, a Bronx LGBTQ center that provides economic support to underserved members of the LGBTQ community, echoed that sentiment. Their work provides a food pantry, HIV testing, emergency shelter for transgender and gender-nonconforming sex workers over the age of 25, and housing for LGBTQ people 25 and older.

This is why Unilever’s ‘United We Stand’ campaign is so important, and why other companies should follow suit. Unilever has partnered with RanaVerse and Destination Tomorrow, among other organizations, to take over Pride 365 days a year.

The initiative will focus on anti-bullying, hunger relief and nutritional support, mental health and wellness services, housing resources, anti-conversion therapy support, decriminalization of HIV and the fight against anti-trans legislation. They partner with Forum for Equality in Louisiana, Freedom Oklahoma, South Carolina Black Pride, The Knights and Orchids Society in Alabama, and PFLAG Springfield in Missouri to focus their efforts on underserved communities.

The company also partners with drag queens and LGBTQ leaders, including Jaida Essence Hall, Heidi n Closet and Jan Sport, among others, to spread the word through social media.

Reeves describes their partnership and the purpose of Unilever’s “United We Stand” campaign in a nutshell.

“Unity is the main objective of this campaign. It’s a celebration of all members of the LGBTQ community. We are stronger together and we have to be side by side with everyone,” Reeves said.

Reeves and RanaVerse have worked with Unilever for four years now to bring systemic change to the LGBTQ community.

“Unilever gives meaning to its brands. They helped develop this campaign with us and their employees. They examine experiences that are generally observed and not presented in the media and trade. There are so many issues affecting underserved members of our community.

For Coleman, working with Unilever has brought real change for local communities.

“Destination Tomorrow is working with Unilever to address systemic issues by securing funding for underserved members of our community,” Coleman said. LGBTQ Nation. “We work together to find communities that have low scores on the HRC index” and provide assistance to local groups.

“For example, we work with TKO (The Knights and Orchids Society) in Alabama among other organizations that don’t receive the usual funding that national organizations receive.”

An important aspect of Unilever’s campaign is that it focuses on supporting the community all year round instead of just one month; it’s the main reason Reeves and Coleman continue to work with the company.

“We don’t fit into one box,” he said. “There are intersections every day and we are constantly evolving. This should be celebrated and protected throughout the year. We need to move towards the LGBTQ covenant against pride. Many organizations and agencies that participate in Pride campaigns focus their attention on white, cisgender, and gay men. But generations change.

Coleman focuses on all the things that could change if Pride happened all year.

“We need to keep building things better for economic empowerment. We need to build power within our community to push back against systematic attacks on LGBTQ people. The next step is to bring other organizations on board to help with housing, food insecurity, better wages, and other disparities in our community. This is what the alliance looks like.

And both Reeves and Coleman have ideas about what members of the LGBTQ community can do to help.

“We have to remember to be united,” Reeves said. “LGBTQ issues are not siloed, they affect us all. We need to develop a sense of empathy and understanding for all members of our community, respect is a necessity.

For Coleman, he has three ideas about what people can do.

“First, we need to speak up for our underserved members of the community, especially our black and brown and transgender members. Second, we need to make a concrete change, like volunteering locally and getting involved. Finally, we must hold those in power and organizations accountable. Remember, silence is violence.

2022-06-02
Previous Post: 3 stocks that will shift as consumers move from goods to experiences
Next Post: The first official store of Jesus Christ merchandise for followers of Jesus