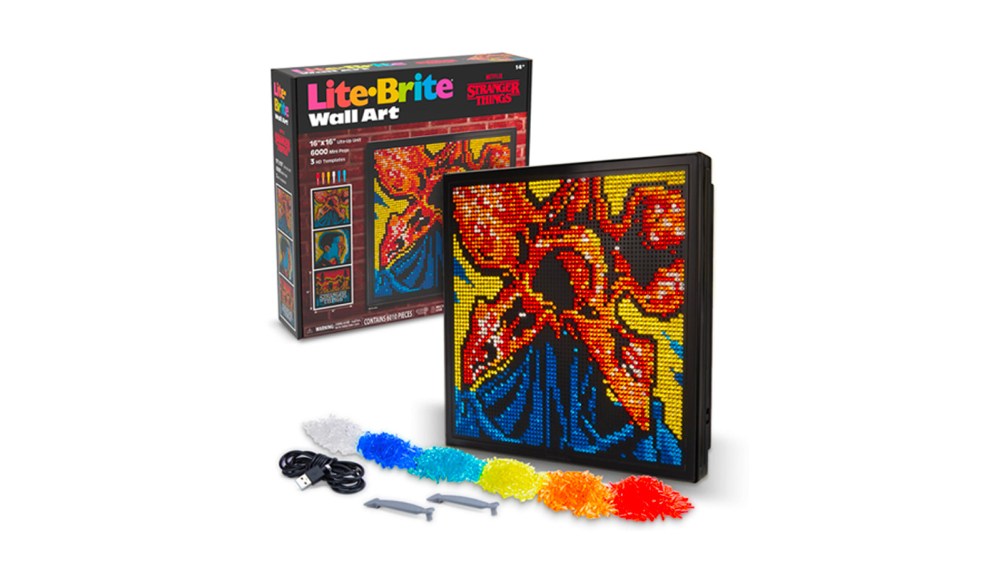 Walmart sells Netflix merchandise and gift cards in US stores

netflix gets a major new IRL outlet for merchandise based on “Stranger Things”, “Squid Games” and other originals.

Timed for the 2022 holiday shopping season, walmart and Netflix have announced an extension to their previous online-only deal. As part of the new deal, the retail giant now stocks the streamer’s merchandise and gift cards at more than 2,400 US stores across its entertainment departments. Companies a year ago launched the Netflix Hub online at walmart.com.

New products will drop seasonally to keep trending favorites close to customers all year round.

“Starting today, Walmart customers will find even more music, apparel, collectibles, games and seasonal items from all their favorite shows and movies, including ‘Stranger Things,’ ‘Squid Game’, ‘The Witcher’, ‘Guillermo del Toro’s Pinocchio’, ‘Glass Onion: A Knives Out Mystery’ and more,” said Frank Barbieri, vice president of content and digital for Walmart US, in a blog post.

Walmart will also sell a $19.99 Netflix streaming gift card. This will give customers the option to sign up for the streaming service with the need for a credit or debit card, according to Barbieri. That would be enough for a month of Netflix’s standard two-stream plan ($15.49/month) or almost three months of Netflix Basic with Ads ($6.99/month)which debuts on November 3.

Additionally, Walmart will sell a “Netflix-curated snack box” in-store to “further amp up their home viewing experience,” according to a Netflix representative.

“At Netflix, we’re always thinking of innovative ways to connect fans with the stories they love, wherever they are,” said Josh Simon, vice president of consumer products at Netflix. “When we launched the Netflix Hub a year ago, we knew it was something special and we’re thrilled to expand this partnership by bringing our worldwide fans even closer to their favorite shows or movies.”

2022-10-27
Previous Post: What happens to unsold Yeezy products? Destroy it, rebrand it, export it
Next Post: Merchandise from the 2022 runDisney Wine & Dine Half Marathon will use a virtual queue